A love story, pure and simple, full of feelings as advertised.

“Out of sight, out of mind”, the saying goes. People tend not to think about, or at least be aware of, things that are not visible. But visibility is not enough—the saying should really come with a complementary proverb: out of hearing, out of meaning.

At the heart of Isa Pa, With Feelings, the new, humble film by Prime Cruz, is this message: that things out of our sight and out of our mind, things we take for granted such as the sense of hearing, create invisible worlds that bind people together, but that can also separate and isolate them. And because these are invisible worlds, they are not usually on our minds, we usually do not notice them—until we start truly paying attention, not just with our eyes but also with our ears. Because to understand people, for them to mean something, it is not enough to see them—we also have to hear them.

END_OF_DOCUMENT_TOKEN_TO_BE_REPLACED

Five years later, Sam and Isa find themselves pulled back into each other’s worlds.

Ang Kwento Nating Dalawa was the study of a relationship coming to its end, and had its characters in constant motion, through trains and taxis and the corridors of a college, echoing the transient, restless nature of their romance. The theme and motif evolves in the sequel, Tayo sa Huling Buwan ng Taon: Nestor Abrogena, the man behind both films, shares that in making the sequel, to convey its visual philosophy, he came up with three keywords—flight, orbit, and gravity. But these concepts do not merely manifest in the cinematography; they also enrich the essence of a film that could easily have been just another heartstring-puller.

(Tey Clamor, the director of photography, executes the vision well, exemplified in such shots as of Emmanuelle Vera where the camera hangs at an oblique angle, seemingly floating away from her, but also inducing a sense of vertigo. Also, whereas Ang Kwento Nating Dalawa had cold colors, Tayo sa Huling Buwan ng Taon is rendered in rich, worldly tones.)

END_OF_DOCUMENT_TOKEN_TO_BE_REPLACED

Ang Manananggal sa Unit 23B is a horror-romance film that seduces with millennial sensibilities: balancing its brooding atmosphere with injections of humor, delivering eye-catching cinematography and Instagram-worthy production design, featuring a hip and esoteric indie soundtrack, and setting up its scenes with meme-friendly situations. It is a movie that can be enjoyed by the most casual moviegoer—anyone seeking bloody thrills, feverish titillations, and affecting romances—yet it is a film with something to say beyond this enthralling shell of plain entertainments.

Consider, for instance, the intriguing title. For city dwellers, the manananggal is merely an ominous mythological terror, a vague threat lingering out there—but the film’s title locates the creature, makes it present with shocking particularity: she lives in an apartment just like yours, in Unit 23B. This specificity reflects how the film presents the manananggal not as a creature of pure malice, but as a person like the rest of us—only, that she is also afflicted with a monstrous other side, that terrifies her just as much as it does her victims.

The eponymous Unit 23B is not a mere quirk; the apartment points to the film’s central theme. Ang Manananggal sa Unit 23B, like director Prime Cruz’s previous film Sleepless, is a story of alienation. Its protagonists, Jewel (Ryza Cenon) and Nico (Martin del Rosario), like Sleepless’s Gem and Barry, are lonely neighbors. Romance springs from this proximity: love conquers the irony of apartments, that as people come to live closer together in cities, they lose the solidarity of neighborhoods; people live together but apart, shuffling and hurrying around in urban anonymity.

END_OF_DOCUMENT_TOKEN_TO_BE_REPLACED

A standard Star Cinema rom-com, with a few delightful tricks.

To provide an upfront summary of this review: ‘Can We Still Be Friends?’ is your standard rom-com, cast in the same old Star Cinema mold, with a few nice tricks up its tried-and-tested sleeve. That this movie is not groundbreaking should not be taken against it—and the story itself gives us a reason why.

Before anything else, let us mention the film’s worst moment: a minute or so is spent on product placement in the middle of the action. It is not as blatant or tacky as certain MMFF entries have been, but neither is it subtle. Jarring advertisements like this destroy storytelling flow. At least, the scene does not take too long. It cuts out before audiences can start hurling tomatoes at the screen.

Can We Still Be Friends? is made by the same core filmmaking team behind crowd-favorite indie Sleepless, and the horror-romance Ang Mananggal Sa Unit 23B (AMU23B), also an indie. Both films were entries at different editions of the QCinema Film Festival; Can We Still Be Friends?, therefore, represents this filmmaking band’s crossing into mainstream cinema. The team’s past work provides a convenient standard against which their latest work can be measured.

END_OF_DOCUMENT_TOKEN_TO_BE_REPLACED

Sleepless only pretends to be a romantic film; in truth, it is a story about brokenness and healing, set against the charm of the city at night. 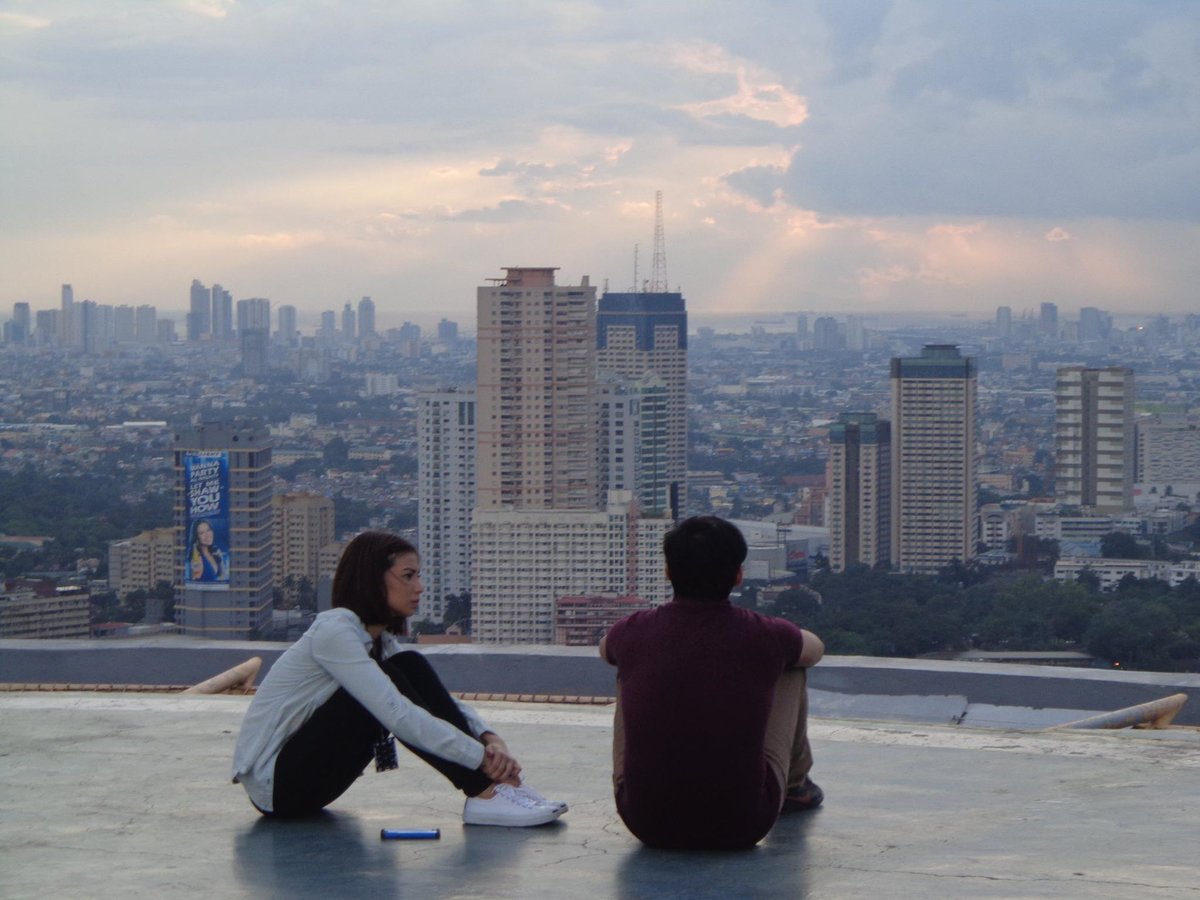 The call center industry, well-known for employing its workers in graveyard shifts, and which is ironically called one of the nation’s sunrise industries, lends Philippine cities a unique claim to the title of the city that never sleeps. While contenders for the nickname in other continents are havens of endless leisure and nightlife and luxury, Manila (or Cebu or Bacolod) are inhabited by night dwellers who forgo sleep not out of choice, but out of necessity.

Many of them, that is, but not all. Sleepless, an entry to the 2015 QCinema (Quezon City) Film Festival, is ambivalent about the call center industry. It is tempting for a film with such a premise to be an echo chamber of critical sociopolitical sentiments: that this outsourcing industry disadvantages our nation in a neo-imperialist world order, that it enslaves its workers under alienating working conditions, et cetera, et cetera. But for Sleepless, the graveyard shift, the darkness of ungodly hours, is just a backdrop to its story, the circumstances that its characters happen to inhabit.

Note: this essay is an in-depth commentary on the film, and includes spoilers by necessity. It is meant for those who have seen the film.

END_OF_DOCUMENT_TOKEN_TO_BE_REPLACED

The author of this site retains all rights to original content posted here, but is open to its re-publishing or re-use upon request. See details on the ‘Copyright and related matters’ page.