History is important despite its unfortunate repetitiveness. The way it is retold should be more inventive. 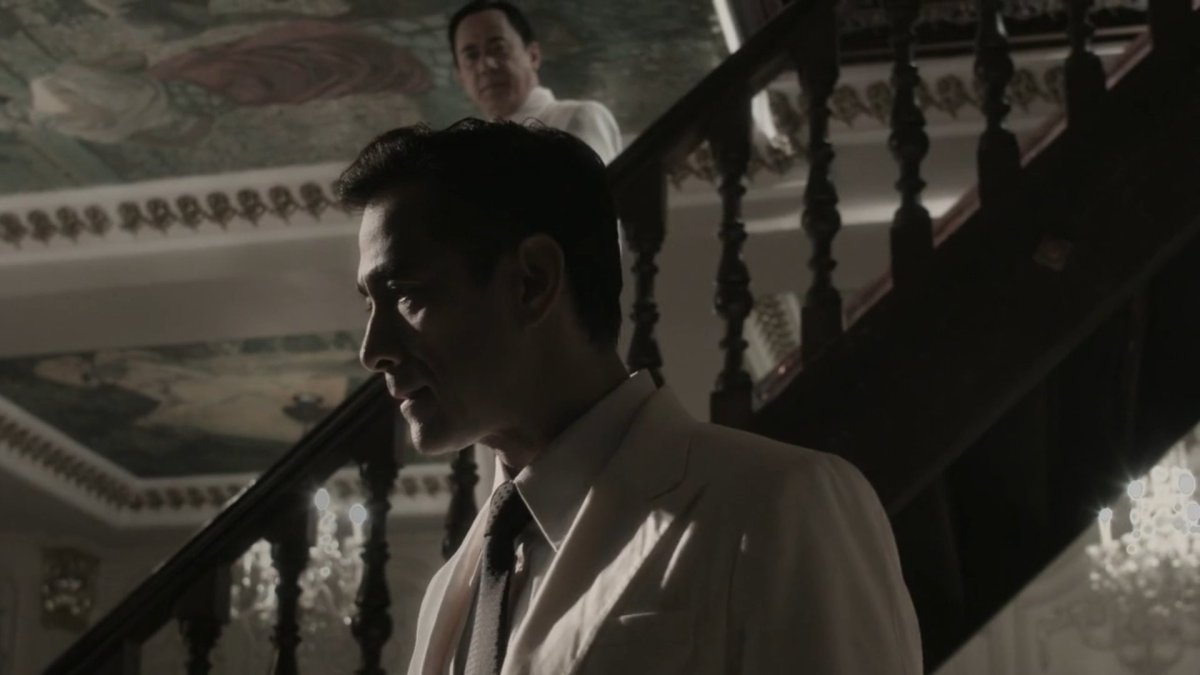 Films are one solution to the problem of tedious history lessons. This medium of sights and sounds, combined with the factual liberties afforded to dramatizations of historical events, makes the past real, turns staid accounts and lifeless facts into visceral sensations—and refashions the study of history from a mechanical transfer of data into a transformative human experience with emotional gravity. That is the idea, at least.

First there is the complication of films as vehicles for history lessons, lessons being quite a controversial concept in the context of art. Filmmakers are storytellers first and foremost, but in the process of making historical movies, they involuntarily have to take on some of the difficult functions of preaching and teaching. The very act of selecting a subject, and choosing which details about that subject is presented, is a statement bound to generate dissatisfaction one way or another. The filmmaker may choose to present history in a straightforward, agreeable manner, and then be accused of naivety. She might also choose to deconstruct history, to subject the past to critical scrutiny, revealing heroes to be not so heroic, revolutions not so revolutionary—and then be accused of being unpatriotic, of blasphemy. Tasked with telling a story from the past rather than from imagination, the filmmaker cannot then proceed with her work without implicitly staking a position between these two extremes.

END_OF_DOCUMENT_TOKEN_TO_BE_REPLACED

The film we deserve, not the sequel we wanted: on ‘Goyo’ as essentially a romance, and how the historical film works against expectations.

After the surprising success of Heneral Luna, that historical achievement of a film that came out at a time when historical epics appeared to be firmly things of the past, Jerrold Tarog embarked on a heroic campaign of his own, working on a sequel that is bigger in all the ways that mattered. Goyo: Ang Batang Heneral is larger in scope, tougher in logistics, and more damaging in its budget. It is a riskier project, and not because the executive producers are financially more exposed—they have repeatedly claimed to not care about incurring losses, gallantly, for the sake of art—but because big-budget movies are less like banks (“too big to fail”) and more like warships: overlook one fatal flaw, one little vulnerability in its massive architecture, and the entire mighty artistic endeavor sinks.

END_OF_DOCUMENT_TOKEN_TO_BE_REPLACED

Stories about a love-struck clerk, a miraculous child, and a pregnant rebel.

Wes (Ogie Alcasid) is a timid and earnest remittance clerk who falls for his customer in need, Erika (Ina Raymundo). As Wes offers to help her out, his “relationship” with Erika and his friction with his younger brother Raf (Alex Medina) starts to change him.

Like James Mayo’s own The Chanters and his associate Thop Nazareno’s similarly beloved Kiko Boksingero, Kuya Wes features a cute premise that promises a feel-good, underdog-story film, but as it delivers the charms it also deals a sucker punch, a double-edged blow that tickles your ribs as much as it wrenches your guts.

Wes is a generation older than Kiko and The Chanters’ Sarah Mae, but he is in many ways just as immature. Wes is not his real name, but a nickname of endearment given to him by his regular customers. His devotion to his clerical job is disproportionate to its prosaic repetitiveness. We watch him continually redecorate the remittance center with the latest holiday greetings as the months go on—Valentine’s followed by graduation, graduation followed by Mothers’ Day, Mothers’ Day followed by Fathers’ Day. Erika’s similarly clock-like visits, at one in the afternoon on the 16th of every month, is Wes’s sole hope of joy in his unremarkable life.

END_OF_DOCUMENT_TOKEN_TO_BE_REPLACED

It is not journalism either, but, by bending fiction, it moves towards the same goal: a presentation of the truth.

Citizen Jake is billed as a film about the present political landscape of the Philippines, but there is no news in what it reveals: politicians are corrupt, judges are unjust, dissenters suffer harassment, women struggle with patriarchy, and the poor remain powerless. It does not attempt to make its own politics neutral: the film is blatantly anti-Marcos, and for that reason it is bound to be denounced by citizens of certain convictions. In one scene depicting the everyday corruption of a low-ranking law enforcer, the camera pans to momentarily highlight the Duterte posters displayed outside his house.

There is no news either in this film’s plot of political intrigue, crimes and conspiracies. Jake Herrera (Atom Araullo), a former professional journalist, now teacher and blogger-cum-‘citizen journalist’, is waging a personal war against social evils while struggling with his familial relationships to the very kind of corrupt politician he is crusading against. There is nothing particularly surprising in its story and the verbal and visceral violence that comes with it. When Citizen Jake manages to say something intriguing, something that finally feels fresh, it is when it veers away from the overtly political, as when Jake contemplates his friendship with a household servant.

But while Citizen Jake’s politics is predictable, and most of its insights familiar and conventional, the way it presents them is not. In the opening scene, Jake speaks to the camera, introducing the film as a story enhanced by the techniques of Cinema. Early on, commenting on the setting of Baguio City, there is a history lecture presented through a slide show of old photographs. Throughout the story there are narrative interludes enhanced by intertitles that echo words from the voice-over, stark white on a black background, looking like newspaper headlines, or protest slogans. Supporting characters are often presented in quick cut scenes, portrait-style, with the actors looking straight into the camera—looking straight at you, the audience. Citizen Jake even has a montage of its own behind-the-scenes footage, showing the actors surrounded by cameras, microphones, lighting set-ups and the crew. This film is fictional, but it is often presented as if it were a documentary.

END_OF_DOCUMENT_TOKEN_TO_BE_REPLACED

The musical is a faithful adaptation of Nick Joaquin’s grand play.

Ang Larawan begins this way: Bitoy Camacho (Sandino Martin), a young, bright man, makes his way down the historical streets of pre-war Intramuros and enters an old house. On his way up to the sala, he pauses and quietly admires the furnishings gathering dust in storage. This film is as flamboyant and loud as any musical, but it remembers to include such moments of stillness. Its story is populated by a full ensemble, but it starts small as it follows only young Bitoy, while he revisits the place of his childhood memories.

Ang Larawan is a proudly, defiantly nostalgic film. It is a period drama, one that is deliberately framed: the story is bookended by black-and-white footage, and it introduces color as a stage would open its curtains. The past that it presents is concerned less with authenticity than with theatricality.

The film adapts National Artist Nick Joaquin’s famous play, A Portrait of the Artist as Filipino, and it is as straightforward an adaptation as possible, adorned but unaltered even as it was translated by Rolando Tinio (also a National Artist) into Filipino, and in collaboration with Ryan Cayabyab was transformed into a musical. It is not Bitoy’s story; he only introduces it. At the heart of Ang Larawan are the Marasigan sisters, Candida (Joanna Ampil) and Paula (Rachel Alejandro), unmarried and growing old, living in their house in old Manila with their esteemed but reclusive father Don Lorenzo (Leo Rialp). Here, on the last October before the outbreak of war, the sisters’ peaceful lives are disturbed as various personalities—family and friends and other less-noble characters—come visiting upon news that Don Marasigan, the artist and patriot, has picked up his brush again and completed his first painting in decades.