A mesmerizing ode to finding beauty in a dreary city.

Poets, fictionists, and all kinds of storytellers have a fixation for the city, or at least the idea of the city as a place. They pour a lot of thought into fleshing out this concept, to shape this imaginary community for their characters and purposes. Perhaps they find it wonderful how chaotic crowds of people find a measure of order when they walk down the same streets, just as seemingly disparate elements of stories seek structure to form a narrative. Perhaps they appreciate the density of districts, which radiate the sense that there is always a story to be found just around the corner, down the alleys, inside the buildings. There is always a lingering desire to find exciting things buried behind the dull details of life.

Gusto Kita with All My Hypothalamus is a captivating expression of this urge. The film, a love letter to Manila’s Avenida, weaves smoothly through the streets and spaces of the district as it tells the stories of four men linked together only by their common admiration for a woman named Aileen, who is played by Iana Bernardez in a stunning debut. She is introduced in the glorious opening scene, walking in slow-motion on the streets, to the music of Ikaw Pa Rin, a song one could easily imagine blaring from those karaoke units peddled at Raon.

END_OF_DOCUMENT_TOKEN_TO_BE_REPLACED

La Union, The Ransom Collective, and embracing my youth (before it’s too late).

There’s a song that plays in my head when I think about my first visit to San Juan beach in La Union: Shelter (Oh No), by the happy little indie folk band named Ourselves the Elves. When I’m packing stuff for a trip it’s become my habit to load my phone with new music, which I would listen to on the bus (or plane), and in idle moments, as in that lazy hour before noon, before checking-out, while my travel companions mill around gathering their belongings. Pieces of music, once they imprint on a memory, can preserve moments in a way photos can’t. Pictures allow me to replay the visuals of a moment weeks, months, or years after it has passed, but they don’t always trigger the emotions. I have beautiful pictures from that trip to San Juan more than three years ago—sunset, waves, and lots of sand—but I can’t say that I truly remember that time, unless I hear Shelter, unless I feel the feelings only that song can stir in me.

It’s not that the words of the short but spirited song mean anything particular to me. The song is technically a duet, featuring Aki and Aly’s wonderful, interweaving boy-girl vocals, but I hesitate to call it one, because all the words seem to belong to the same persona—a character losing a metaphorical battle, and calling out to the listener to be her (or his) shelter and shield.

Well, I wasn’t quite feeling vulnerable when I listened to the song in a room by the sea, despite the relentless crash of waves resounding through the window shutters. I merely thought it a rather joyful song, in a swinging way, even if its somewhat foreign texture tinges it with melancholy. It was a great song, an appropriate addition to the soundtrack of my weekend in a carefree, blissful place.

END_OF_DOCUMENT_TOKEN_TO_BE_REPLACED 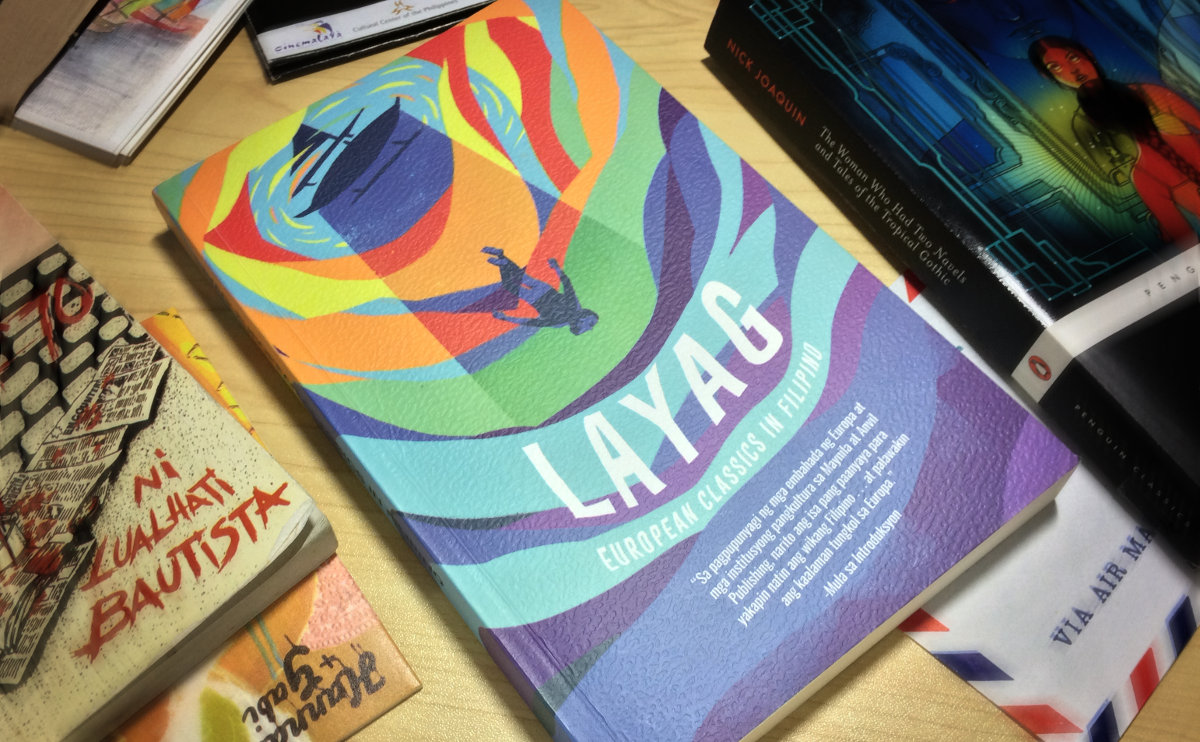 END_OF_DOCUMENT_TOKEN_TO_BE_REPLACED

A sort-of defense of the decent kind of men’s magazines.

I recently had to spend a night out in the city, waiting for the sunrise. It was already past midnight, and on a whim I boarded a bus to Makati. Nowadays, these buses with brightly-lit cabins ply the city’s highways all night. Other souls were shuffling on and off the bus, going around the metropolis for leisure or for labor; it was hard to tell which, here in the offshore-outsourcing capital of the world. They all looked impatient, in any case.

Up until a year ago, I worked graveyard hours in Makati myself, and I’ve memorized the night-time pulse of its wealthy streets. The place always feels safe, even in the most ungodly hour. On a weekend, it is even serene, but not dead. Every turn of the district is illuminated by lights spilling out of innumerable convenience stores; every intersection, by the blinking of traffic lights.

I planned to kill the time by reading in some 24/7 restaurant, picturing myself like Mari Asai in Haruki Murakami’s After Dark, digesting a hardbound at a Denny’s in Tokyo. I didn’t have a book with me then, however, so I dropped by a Ministop and grabbed the current issue of Esquire from the magazine rack. I had to stand and wait a few moments in front of the cashier before the sleepy clerk, who was catching up on some shut-eye, sensed my presence.

END_OF_DOCUMENT_TOKEN_TO_BE_REPLACED

Here’s what you learn when you go to Davao just to admire eagles.

The much-touted piece of trivia that Davao City is the largest city in the country always had me imagining an urban jungle whose sprawl surpasses that of Metro Manila. That idea excited me, in a dubious capacity as a ‘city explorer’, but at the same time it worried my conscience, because the congestion of Manila is terrible for a myriad reasons, none of which would be pleasing to see replicated somewhere else in our archipelago.

It was both a delight and a disappointment then to realize that the nominal vastness of Davao is nothing like that of Manila’s. Delight because, as a tour guide in Museo Dabawenyo dutifully pointed out, more than eighty percent of Davao City’s territory is in fact rural—sparsely populated, fresh, green. And the city government intends to keep most of it that way; there were mentions of development plans and city ordinances intended to limit urbanization (or, euphemistically, ‘development’) of the city’s greener districts. Coming from Manila, it’s certainly refreshing to find a major city government in the country caring, or at least affecting a concern for, nature. (Only time will tell if Davao will stay pro-environment, or be tempted by unsustainable prosperity.)

On the other hand, the actual size of urban Davao means that there isn’t as much for me to see around in the way of man-made environments, i.e. city architecture. Downtown Davao, the blocks surrounding the city hall, is a blend of the weariness of Manila’s Quiapo and the sleepiness of my hometown, Malabon. Davao City’s growth so far has definitely been horizontal rather than vertical—Marco Polo Hotel is the only visibly high-rise structure in the downtown area, and serves suitably as a compass if you feel like wandering around.

As to why the city’s official boundaries remain so expansive is still unknown to me. The size is absurd when compared to the neighboring territories: Davao City is larger than the rest of the province of Davao del Sur combined. Wouldn’t it be somehow more efficient and effective for governance if the territory were to be chopped up into several cities and municipalities? I can’t be sure, I’m not some public policy expert. I’m guessing that local legislators and executives want to retain the ‘largest city’ title for the vague pride and prestige of a superlative. Competing for the largest, biggest, longest whatever, no matter how Guinness World Records-silly it becomes, is a Filipino hobby after all.