Five years later, Sam and Isa find themselves pulled back into each other’s worlds. 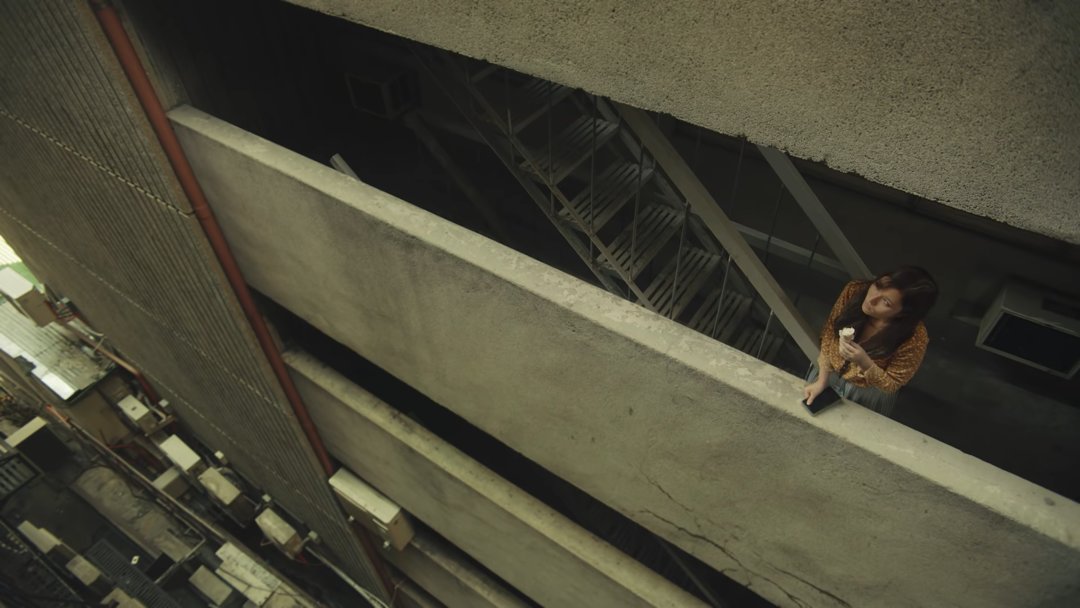 Ang Kwento Nating Dalawa was the study of a relationship coming to its end, and had its characters in constant motion, through trains and taxis and the corridors of a college, echoing the transient, restless nature of their romance. The theme and motif evolves in the sequel, Tayo sa Huling Buwan ng Taon: Nestor Abrogena, the man behind both films, shares that in making the sequel, to convey its visual philosophy, he came up with three keywords—flight, orbit, and gravity. But these concepts do not merely manifest in the cinematography; they also enrich the essence of a film that could easily have been just another heartstring-puller.

(Tey Clamor, the director of photography, executes the vision well, exemplified in such shots as of Emmanuelle Vera where the camera hangs at an oblique angle, seemingly floating away from her, but also inducing a sense of vertigo. Also, whereas Ang Kwento Nating Dalawa had cold colors, Tayo sa Huling Buwan ng Taon is rendered in rich, worldly tones.)

The new film follows Sam (Nicco Manalo) and Isa (Emmanuelle Vera), and the people around them, over the course of a December, five years after the events of Ang Kwento Nating Dalawa. Sam is now with Anna (Anna Luna), a fellow high school teacher. Isa is back with Frank (Alex Medina), her unseen long-distance beau from the first film, and a charter pilot. Luna is the outstanding performer here: the sight of her face in tears, in one brief moment, conveys pain with much more force than what any of the other cast members achieve in longer scenes. Meanwhile, Medina’s character is given some strangely clichéd lines in crucial scenes, a jarring choice for a film so intent on ignoring its perceived genre’s conventions.

The specter hovering over the story of Tayo sa Huling Buwan ng Taon is, much like in the first film, an impending departure. Isa and Frank are leaving for America, where Isa has a publishing job waiting for her, on the last day of the year. Why didn’t they schedule their flight after New Year’s Day, friends and family ask her. Because she has to report for work immediately after the holiday, she says, and they could use an extra day to settle down. Besides, she adds, it would be symbolic; their new life would start along with the new year.

That reveals the significance of the huling buwan in the title: this is a film about ends and beginnings, of people taking flight to end a chapter in time and to begin another in new spaces. But it is also about more than that, as the characters find this particular December to be both a season of festivities and a time of turmoil, a month of celebration and a month of confusion.

Sam takes a photography gig at a garden lights show, which happens to be an event Isa is working for. They meet amidst the dancing lights, and the shock of recognition they hide behind cordial faces is communicated instead by the camera, which starts to spin out of control around the former lovers. Music, which so far in the film has been absent, also begins to appear at this point, when Sam and Isa find themselves caught in each other’s orbit again.

What makes this chance meeting so complicated, that gives it gravity, is what Abrogena says is another thematic evolution in this film: the perspective of Tayo sa Huling Buwan ng Taon is an inclusive ‘us’, as opposed to Ang Kwento Nating Dalawa’s exclusive ‘us’ (the first film’s title literally refers to only ‘the two of us’). Indeed, Tayo’s early scenes are preoccupied with introducing the people around Sam and Isa, their families and friends and colleagues, establishing a world far wider than what they had in Kwento, back when the story did not care for anything that did not belong to the universe shared by the two. (The only other significant characters seen in Ang Kwento Nating Dalawa, Brian Gabriel Corella’s Luke and Sari Estrada’s Karen, return in Tayo, with new lives of their own, no longer existing solely in relation to Sam and Isa.) The two have to wrestle with the fact that, with Anna and Frank and all the other people in their present lives, their pushing and pulling are no longer confined to their relationship; the forces inevitably ripple out, affecting everyone’s trajectories.

Regardless, Sam and Anna and Isa and Frank, together, are the stars of Tayo sa Huling Buwan ng Taon, and the film spends much time drawing parallels between the two couples. Many of these scenes, like in Ang Kwento Nating Dalawa, span over little moments and small talk. (The inspiration is clear: the film Before Sunrise was briefly seen in Kwento.) These scenes have the texture of improvisation and all the pleasures of aimlessness (not least of which is the sensation of intimacy), though they are in fact not quite so aimless, often riffing on the film’s motif and revolving around its theme. For instance, during one of the film’s many breathtaking moments of tranquility, Anna tells Sam about her childhood fear of airplanes in the sky, confusing them with UFOs and thinking they might come down and take her away. It curiously relates to another scene, this time with Frank, who visits the airport with Isa to arrange his resignation papers; he has had to abandon his young career as a pilot to be with Isa in America. He takes an emotional last look at the aircraft he used to fly. They do not talk about it, which makes it only more powerful and affecting, because the viewer might recall from Ang Kwento Nating Dalawa that Isa feels so guilty about people sacrificing for her. Sam had done it for her, and now Frank is doing it for her.

These characters, they are all seeking happiness, all trying to take off but never really quite escaping their orbits, stuck spinning around each other, kept being pulled to each other.

What binds them is a kind of gravity, a force that acts from a distance.

In a key scene Sam and Isa walk along Escolta and look at the El Hogar, the heritage building Isa was worried about in Ang Kwento Nating Dalawa. It was marked for demolition then, but now, five years later, she muses about how it has survived. Sam explains that the internal architectural pieces have already been taken out, that it is only the façade that remains standing. Isa asks where they took the pieces; Sam says no one knows.

They might as well have been talking about their relationship. Anna and Frank may be full characters here, granted independence and dignity by the film, but the center of gravity is still Sam and Isa’s attraction to each other. The story emerges from how they each respond to this force of nature, that sets up an inescapable orbit, always taking them back to a world of their own. 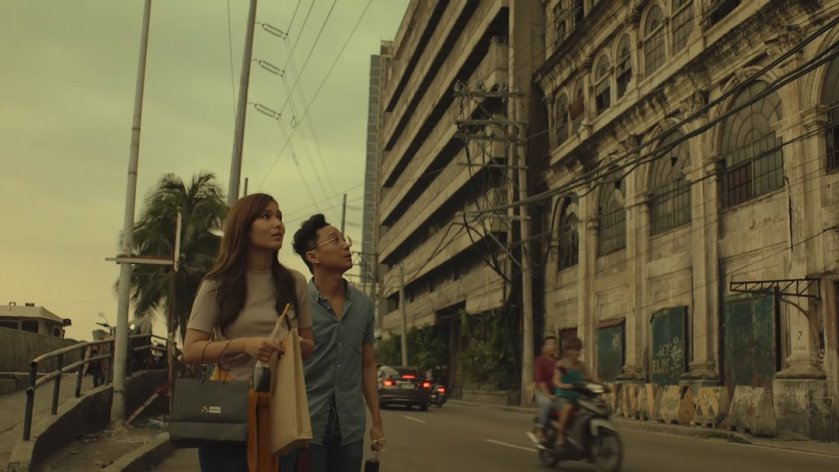 Gravity is also a warping of space-time itself, an idea that relates to the way the film ends, with an unexpected turn at the very last scene. It is not the kind of twist made merely for the sake of surprise or being clever, but an abrupt storytelling change that truly sums up what the film has been saying, and which recalls the verses that feature prominently in the story: