With admirable restraint, the film shows that the Filipino Dream is not enough for happiness.

The first version of the Filipino Dream is indistinguishable from the American Dream, because many Filipinos would not think twice of any opportunity to migrate to a wealthy land of opportunities, or indeed any land where the government is known to care for its residents. The version of the Filipino dream for those who do stay is nevertheless an imitation of the American Dream, in its materialistic vision of middle-class comfort: a house, a car, and children with college degrees. Ironically, the common means for achieving this dream is, still, migration—overseas work, where the father or mother, or both, sails abroad for a living, sacrificing the chance to watch their children grow up, to share in their troubles, to attend their graduation ceremonies. Such is the Filipino diaspora.

What Home Feels Like, an entry to the 2017 ToFarm Film Festival, is a patient portrayal of precisely what its title suggests. The question that follows is, what kind of home is it? It lets us know in the very first scene. Antonio (Bembol Roco), a seaman, is calling home to his family in the Philippines, telling his son Julius (Rex Lantano) mundane details of his work onboard a ship. When he asks about Alison (Bianca Libinting), Julius rushes out to fetch his twin sister, leaving the phone receiver open. Antonio continues to speak on the line: frustrated, he says he is running out of credits, and eventually the connection is cut. The camera holds still for a quiet minute or so. From what little we see on the frame, a well-adorned piece of furniture, we can guess that they have a beautiful, middle-class house, built through the labors of a distant father—who finds it difficult to communicate with the very family he built the house for.

The rest of the film elaborates upon this suggestion. Antonio comes home on a break and struggles to adapt with his environment. He has to play catch-up all the time. He tries to keep up with the news, picking up broadsheets, but everyone tells him to fetch his news on the internet instead. When he learns how to, his wife Jenny (Irma Adlawan) then makes the poignant remark, that he found a way to be updated about society, but he remains in the dark about his own children’s lives.

So Antonio embarks on a quest to connect with his children, but profoundly fails. They are not hostile to him, but he is at a loss on what to say and ask of them beyond superficial matters: how was your day, did you have quizzes at school today? Through earnest work he has been able to give his family all their material needs—the Filipino word nakapagpundar captures his achievement well—including a dream house where each son and daughter has his and her own room. But the house’s many doors only enable Antonio’s children to shut him out of their lives, literally and figuratively. When he musters the courage to say I love you, it is heartbreakingly insufficient.

The only creature able to comfort him is the white cat wandering in their yard. He feeds it, and it rewards him with much-needed affection. He fulfills its simple physical needs, and in return he receives loyalty—until the cat finds a kitten of its own. Antonio has provided his family all their physical needs, but their emotional needs remain tragically unfulfilled, at least not by their father. 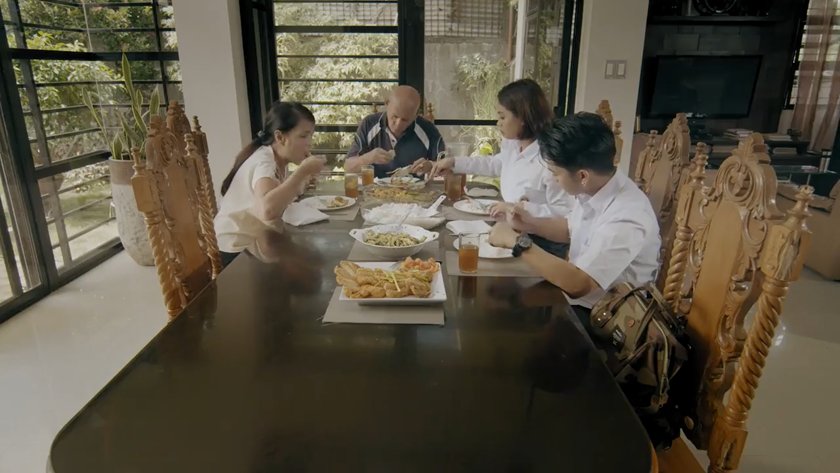 Antonio buys two parcels of land, naively intending it as investment. He starts a backyard farm on the smaller lot, a stone’s throw away from their house. One day, the shipping firm calls to bring him the distressing news: he has been fired due to an unspecified incident he was involved in during his last voyage. Like a sea creature stranded on land, his extended stay at home unsettles him and his family. They have become so used to his absence, that in his unusual presence the old seeds of unhappiness started sprouting. Tending to the farm becomes his refuge. The nurturing of natural life, of plants and other creatures, gives him solace, although it can never sufficiently substitute for the genuine connection he truly needs. 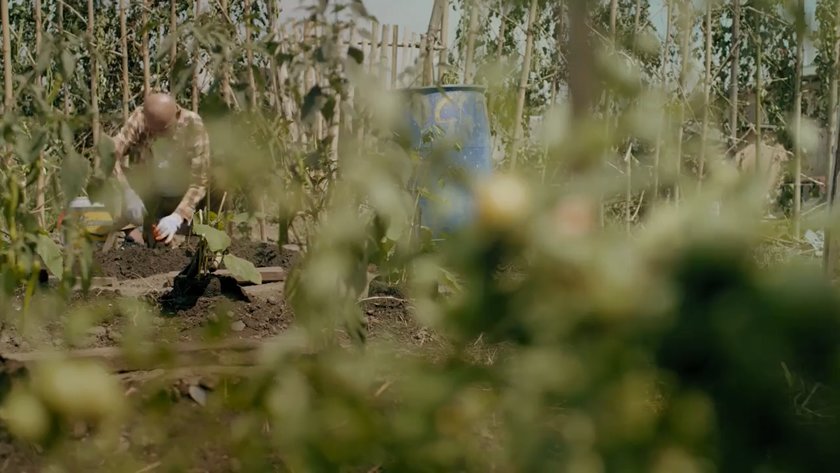 Antonio, it must be noted, is not portrayed like the homecoming soldier who realizes that war, the battlefield, has become his true home. His heart is firmly with his family, not with his voyages at sea. However, the decades of distance has already alienated him from them, perhaps irrevocably. In giving his family a life, he lost so much of his own.

The ending of What Home Feels Like is ultimately tragic, with only a faint shade of hope. All of his children eventually migrate abroad, just as he has found himself anchored at home, and Antonio comes to the moving realization that he will never get to intimately know them. He did not even know how Alison liked to dress herself, or that Julius was embroiled in money troubles; how much less could he hope to be close to them, when they are going away? “Parang nag-iwasan lang tayo,” (“It was like we just avoided each other”) was all he could say, with a sigh and quiet grief.

Antonio learns he has diabetes; it is followed by the more alarming revelation that Jenny has throat cancer. However, What Home Feels Like is a subtle film, and it spares us the melodrama of watching sickness wearing down a family; instead, the illness highlights the gulf that has grown between Antonio and his family. Moments before Jenny undergoes operation, Antonio shows her video messages by all their children from all their distant countries. One by one, he watches in silence as their children comfort Jenny with stories from childhood; how she would, for example, tell them to smile while taking medicines because she says it wouldn’t work otherwise, and so she should do the same now. Their children have known a life with their mother, but not with their father. Should Antonio find himself in a similar situation, his children would have nothing to offer but the most generic words of encouragement.

If there is any silver lining, a sense of hope in the conclusion of What Home Feels Like, it has to be the short glimpses of happiness in the epilogue. Earlier in the film there is an ominous scene where Antonio faces off with a motorcycle rider at night, seemingly foreshadowing a violent end for him—but the threat is never realized. Instead, the last scenes show Antonio and Jenny, who, despite their illnesses and the now-empty nest of a home, are looking happy, and have found a new life together. They spend time at the backyard farm, that symbol of ever-renewal.

Bembol Roco and Irma Adlawan have inhabited roles similar to Antonio and Jenny’s in many films before What Home Feels Like. Nevertheless, they deserve the Best Actor and Actress awards they received at the ToFarm Film Festival, for their masterful portrayal as austere, partially detached, but always earnest and caring parents.

Roco’s character in particular is interesting, not just for being the focus of the film, but for the benevolent restraint he demonstrates throughout the story. Antonio curses and screams at the slightest irritations generated by his noisy neighbors; but when faced with truly infuriating moments with his wife and children, he holds back, resorting instead to frankness and exasperation. The film saves us from seeing the most frightening side of Antonio, leaving it for us to imagine what happened in the incident that led to his firing, when he was supposedly carried away by emotion.

It might be said that the film holds back so much that its emotional arc feels incomplete. After its long, patient portrayal of a father’s discontents, what it offers for redemption is only a few brief moments of happiness at the very end. And even then, these scenes are interrupted, being interspersed with the rolling credits.

But in choosing to sail on the path of restraint, What Home Feels Like allows its profound observations on domestic life to shine through, like noble sunlight upon a humble farm. The result is a film of sublime emotions, deeply affecting without being sentimental.