The ‘Cattleya Killer’ thriller is intriguing for Aga Muhlach’s atypical casting, and satisfying for its intelligent writing. 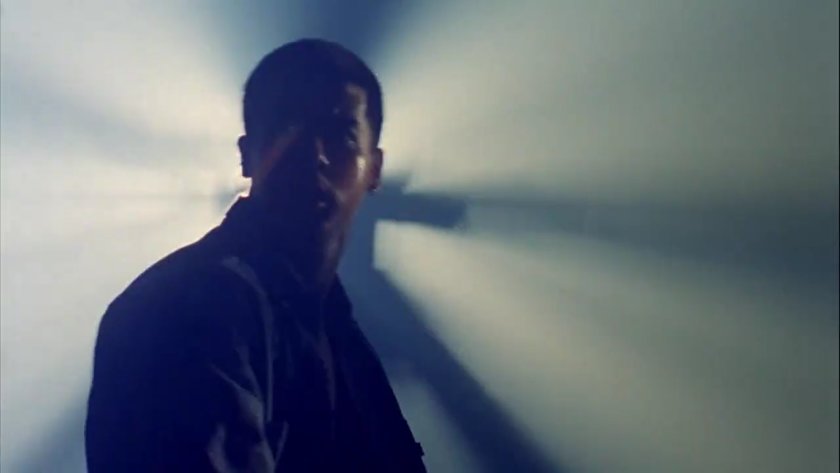 In my recollection of the 1990s, a decade I had the questionable fortune of experiencing as a young kid, Filipino movies were generally of two types. They were either silly comedies that invariably included song-and-dance numbers at the beach, or drama-action flicks that were almost always about crime. The Philippines in the 90s was a society obsessed with crime; it had a dual fascination and dread for the drama and tragedy of heinous violence. Kidnappings and massacres (and frequent brown-outs) filled the news, and filmmakers responded by repackaging these horrifying stories for the silver screen. (Before the decade ended, audience-voters apparently also responded by electing a swashbuckling former movie star into the presidency.)

Sa Aking Mga Kamay (literally: In My Hands), a 1996 Star Cinema picture, fits perfectly into this latter category of my simplistic classification of 1990s Filipino cinema. But what sets it apart—its unique selling proposition—is its featuring of Aga Muhlach “not doing a pretty boy thing,” as a friend put it. Now, Aga Muhlach was quite the household name back then, the actor having enjoyed the status relished these days by, say, Dingdong Dantes. (Although I make such delicate comparisons only approximately, lest some pundits get mad at me). Muhlach was the premier leading man of the time, pairing off with such ladies as Dayanara Torres and Lea Salonga, and therefore to see him play a psychopathic serial killer is a true novelty.

But it becomes more than a novelty, becomes a brilliant choice of casting in fact, when you realize that psychopaths are supposedly charming people when they are not being violent, according to popular psychology. Aga “Pretty Boy” Muhlach plays his part wonderfully, deploying his charming gifts in the service of manipulative deceptions. In Sa Aking Mga Kamay, he is Gene Rivera, a commercial director continually bothered by his traumatic childhood. (We see him early in the movie shooting a song-and-dance commercial at the beach, in what strikes me as a hilarious little reference to the 90s comedy movie trope.) The fact that the character is a disturbed, creative-type professional does not help at all with real-life artists suffering stereotyping as unstable, damaged people, but his line of work does come handy for making Gene’s characterization plausible, for explaining his talent for scripted deception. It is a delight to watch Muhlach alternate his manners between that of a pleasant, normal person, and then of intense, murderous evil. In psychopath-killer mode, Muhlach convincingly portrays Gene in the fashion of crazy villains with a taste for playful theatricalities. This kind of bad guy portrayal is all-too familiar by now, a cliché even, in 2017, but Muhlach’s Gene Rivera in this 1996 film is among the oldest Filipino examples I know of such a characterization, in my limited knowledge of Philippine cinema history.

While the film’s script is smart enough to grant Gene a balanced characterization, to depict him not just as pure evil but as a troubled person with understandable motivations and some capacity for true connection, he is still clearly the antagonist in the story. The film pits Gene against NBI officer Joven dela Rosa, played by Christopher De Leon. (De Leon in this film is excellently sharp and firm, as usual, though there is nothing novel for him in his role, unlike Muhlach.) The way Sa Aking Mga Kamay frames itself as a cop-versus-criminal film had me expecting an exciting story of one-upmanship, with the slippery, genius psychopath finding his match in a first-class, righteous law enforcer. I hoped to be spectator to a rivalry with shades of Martin Scorsese’s The Departed, or No Country for Old Men, or a dark version of Catch Me If You Can—that is, a thrilling series of satisfyingly cunning diversions and clever evasions. The film does have diversions and evasions in its story, but its focus is somewhere else. Rather than emphasize a clash of intelligence and strength between men, Sa Aking Mga Kamay spins its central rivalry around a typically Filipino theme: a marriage in crisis. Joven, in his determination to solve the serial killer case, neglects and alienates his wife Camille (played by Chin-Chin Gutierrez), who then becomes prime target for Gene. The chase between cop and criminal then threads through the territory of marital discontent; a dissatisfied wife becomes the prize and keystone of conflict. 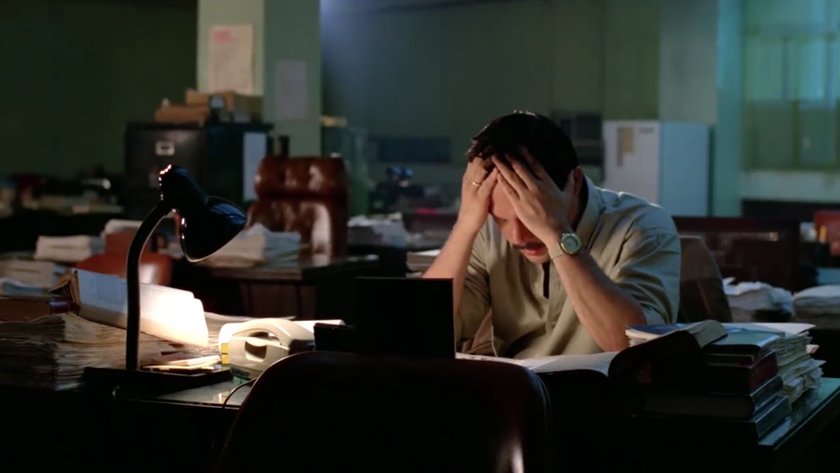 That the story is fleshed out this way is not a weakness, just a frustration of personal expectations. Expectations that, in hindsight, were unreasonable, because Sa Aking Mga Kamay is set up this way from the outset. Gene is established in the opening sequence of the film as a killer preying on a married woman; Joven and Camille’s marital problems are depicted soon afterwards. That Joven and Gene’s cat-and-mouse chase will find its endgame pinned around Joven’s wife is a plot point that could be seen from miles away; this is the story all along. The big picture is a giveaway, and this is fine, because the satisfaction is to be found in the details. Camille’s entanglement in the rivalry is not arbitrary nor immediate; the end of the film’s first act, the suspenseful encounter at a resort-house, neatly provides the motivation for Gene’s personal engagement with Joven.

Indeed, the best asset of Sa Aking Mga Kamay is its layered, well-woven script written by the team of Mel Mendoza-Del Rosario, Benjou Elgincolin, and the renowned Ricky Lee. (The story is credited separately to Olivia Lamasan.) There is nothing groundbreaking in the film’s story from a bird’s eye view, but there is gold to be found at ground-level. This is best demonstrated by the final confrontation: on one hand, the film uninspiredly resorts to a final showdown between good guy and bad guy, which takes place in a desolate venue at night, like any other Filipino action flick of the time; on the other hand, the specific resolution of the confrontation, what transpires in the abandoned house at the end of the movie, is simultaneously a genuine surprise and a masterfully foreshadowed twist. All the small things that concretized and embellished the film up until that point—the cattleya flowers, the imagined monster in the dark, even the frequent but subtle presence of mirrors—conspires for a satisfying climactic moment. Even the film’s title becomes fully sensible only at this point.

Complementing the film’s script is competent cinematography by the prolific Romeo Vitug, who was also responsible for photographing 1991’s Hihintayin Kita Sa Langit. This connection is not random title-dropping; Hihintayin Kita shares the dramatic intensity of Sa Aking Mga Kamay, and both films benefit from Vitug’s penchant for dramatic contrast in lighting and kinetic camera movements, perhaps even more so for the latter film given its action-suspense aspects.

Besides lighting and camerawork, costumes contribute in small but notable ways to the storytelling. Particularly, Gene’s preference for stark all-white and all-black outfits reflect the character’s unstable, wildly contrasting personalities, and corroborates with connotations of deceptive purity and hidden malice. (On a less serious note: a friend observes that the eyebrow-shaping, lipstick choice and general looks of the actors in the film are exactly of the same styles in vogue today, in 2017, thereby confirming suspicions that fashion has completed its cycle since the 1990s, and officially declaring that decade’s trends vintage.)

To find the weakness in Sa Aking Mga Kamay‘s writing, one has to put on a critical pair of glasses and see its flaws in, again, the questionable thematic choices. Murder is not the only crime committed in the film, there is also adultery; it is this latter violation that, in a twisted way, serves as motivation for Gene’s brutality—and the film’s portrayal of adultery arguably reinforces the double standards on the consequences of infidelity with respect to men and women. Camille is not quite the independent, strong character that she could have been—she verges on making choices for her own happiness, but the circumstances of the story leave only one righteous option for her. The film’s most liberal woman character, Sally (Teresa Loyzaga), exists solely as the devil’s advocate on the subject of men, thereby passing up on the film’s only chance to succeed in the Bechdel test. (Side note: conscious of her friend’s provocations, Camille reminds Sally that she was raised in Catholic schools, as if to whip her back into conservative morality.) At least, it can be said that Sa Aking Mga Kamay is only a product of its time, and its position on the issues it touches are, thankfully, much more sensitive than 1983’s Nagalit ang Buwan sa Haba ng Gabi, for example. 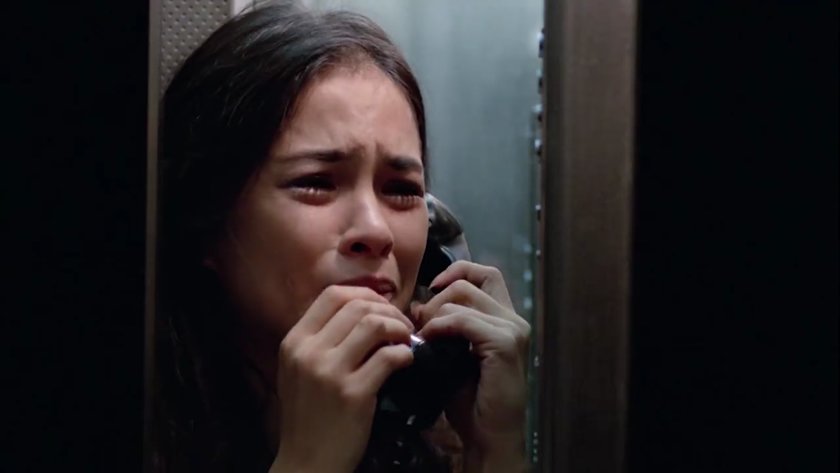 The other notable ‘flaws’ detracting from the experience of the film are some of the usual suspects in watching a decades-old movie, that is beyond the scope of restoration and remastering: action sequences incomparable to the sharp and tight choreography of 21st-century flicks; ostentatious sound effects and musical scoring; and serious dialogue coming across as silly (“There’s no monster here, Benjie! The monster is out there!”). These left the crowd at the restored film’s premiere laughing more often than the filmmakers intended, but it is all right, these are forgivable matters of changing sensibilities. And I know that the audience truly did not mind these small distractions, because the earnest applause they gave as the credits rolled revealed what truly mattered: genuine appreciation of yet another film worth rescuing from the obscurity of the past.

Sa Aking Mga Kamay was directed by Rory Quintos. The official synopsis reads: “Joven dela Rosa (Christopher De Leon) is an NBI officer who investigates The Cattleya Killer case—perpetrated by a man who preys married women. The killer tortures his victim to death and disposes the body at the sidewalk during night time. However, as Joven gets busy solving the case, he gets to spend lesser time with his wife Camille (Chin-Chin Gutierrez), who met a handsome man named Gene Rivera (Aga Muhlach). Camille finds Gene’s mysteriousness attractive. But behind Gene’s good looks is a man haunted by his past which keeps him from [sic] committing violence against women. How soon will Joven figure out that the man behind the heinous crimes has already penetrated to his household?”

The film stills reproduced in this review were screen-captured from the restored movie’s trailer, courtesy of ABS-CBN Film Restoration.